Update: So Google (embroiled in controversy with other Silicon Valley companies with a fascist SJW bent) has given in to literal fascists who hate America and has taken down a blog post from PickYourBattles.Net without any comment to me whatsoever. So it has been re-created here so that people can see how fascists who hate America as much as the fascists our grandparents fought are using our tech industries to unleash a tyranny on Americans far beyond what Mussolini could have dreamed. They never learn that the more they attempt to silence me, the more I will increase the voice. They are definitely not a bright bundle.

Anyway, in a nutshell, Clarence Moriwaki didn't like my public criticism of him (that was a first) and he filed a Hurt Feelings Report in the form of getting a corrupt judge to disarm me for several months, exclude me from parts of my property, and censor me. My clearly protected non-threatening, non-defamatory and non-profane public criticism was called "cyberstalking" and in Washington State posting online anonymous or repeatedly something that might embarrass somebody else was illegal and could get you put in jail for a year. Yeah, don't vote for any politician coming from Washington State, please. 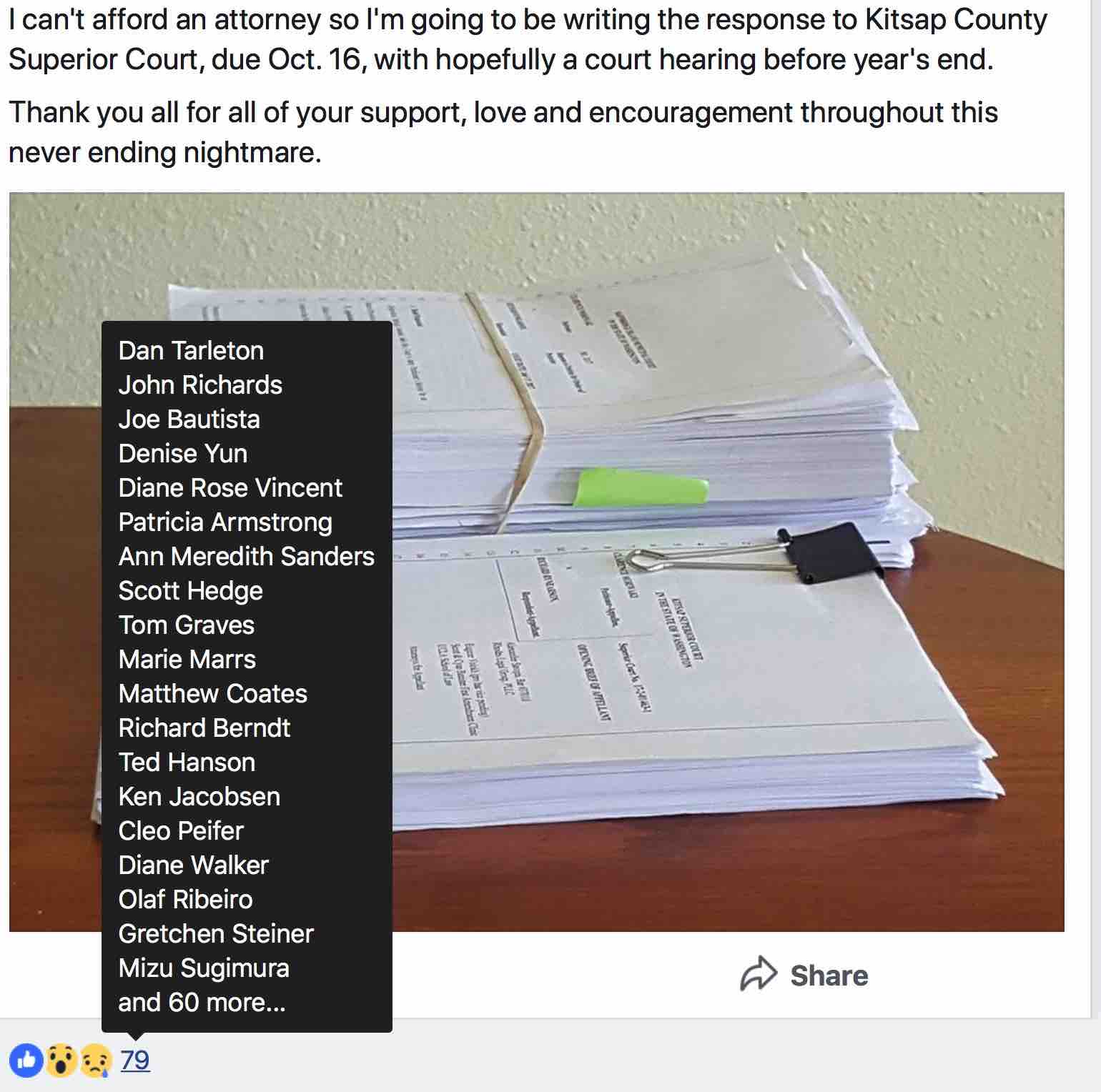 So I beat the guy in State court on appeal and then sued our State in federal court and with the help of the ACLU of Washington, the Electronic Frontier Foundation, and UCLA law professor, Eugene Volokh, got the cyberstalking law struck down as violating our Constitution. You can read all about the whole bloody mess here at MoriwakiVRynearson.com. If you don't think fascism is a real issue you haven't been reading my blog and you haven't been paying attention. It's real and I had no idea just how real when I was in the military because there those who claimed to be liberals were often actually liberals. On the outside, those who claim to be liberals are often fascists. I had no idea how bad it was. It ain't pretty. 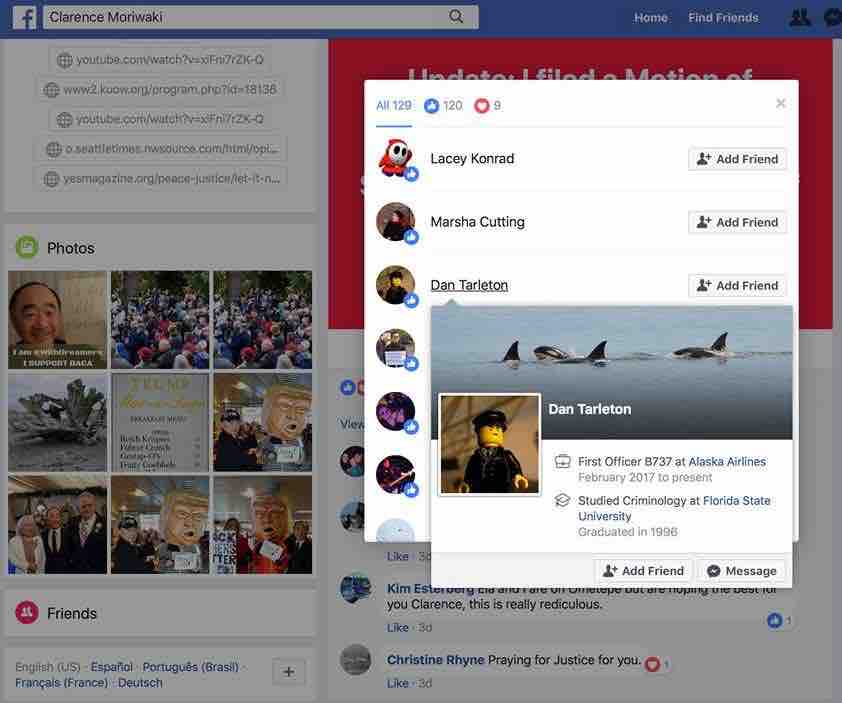 What might be most interesting to any readers left of this blog, is how in court documents the "evidence" Mr. Moriwaki used against me was pretty much every negative post from the Digital Clown Show at Baseops.net and any cross words from our good friend Tony Carr and JQP. So I thought I'd drop a note in case anybody was interested in how fascists in the military responding to my criticism became used as fodder for a civilian fascist, Clarence Moriwaki, to literally violate my constitutional rights until I got that sorted out. That stuff was just atmospheric though as even my detractors didn't go to the staggering defamatory lengths of Mr. Moriwaki. I digress.

Some of our favorite Snowflakes even showed up to cheer on Clarence Moriwaki. Dan Tarleton aka Butters of Baseops (who now flies for Alaska Airlines) showed up to like Mr. Moriwaki's Facebook posts and even donated money to Moriwaki's losing attempt to violate our Constitution on a GoFundMe campaign. And you thought I was kidding when I called people fascists even though they wore a flight suit? Dan Tarleton is a retired military officer who funded a blatant assault on the Constitution of the United States he was sworn to support and defend. 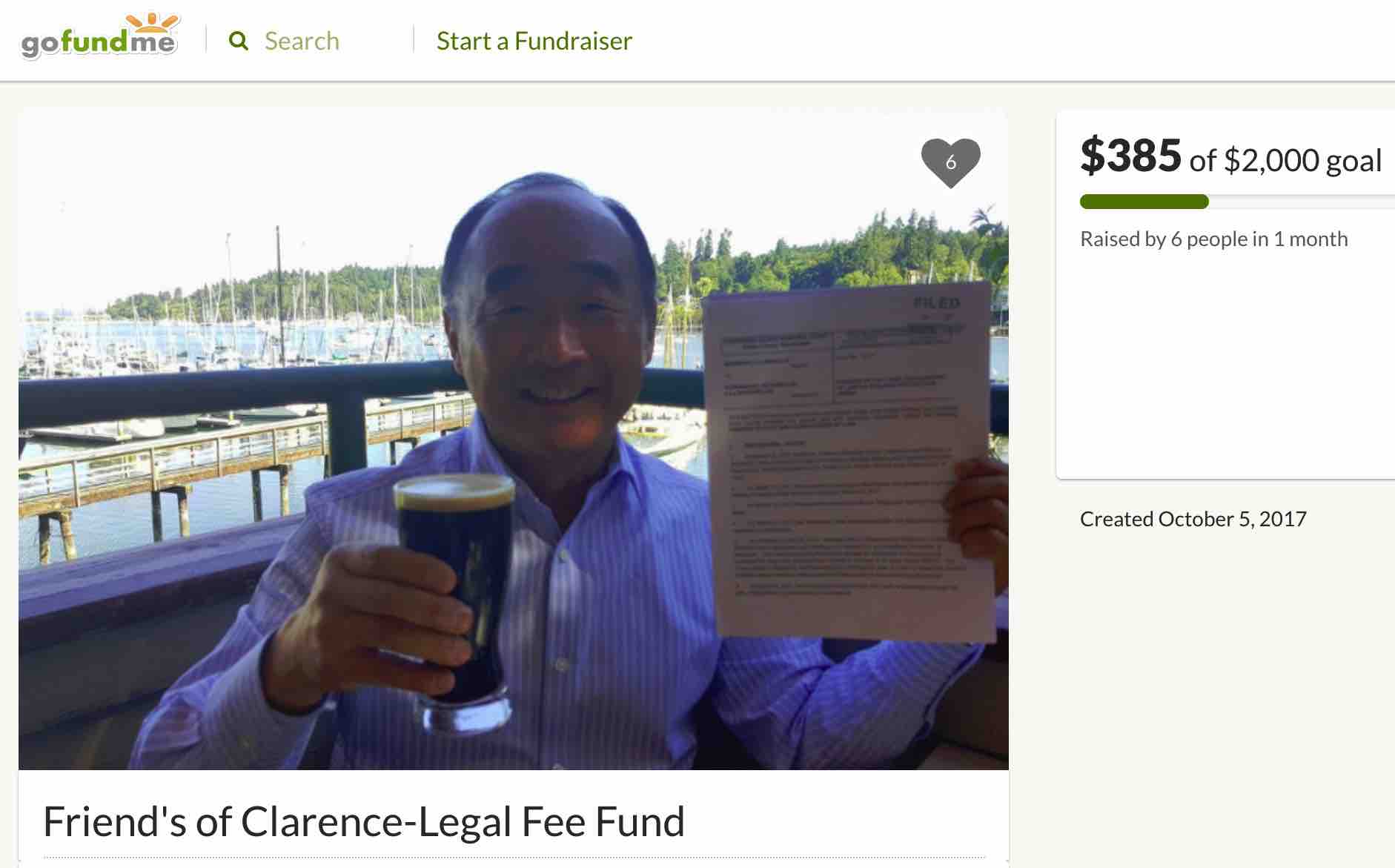 Of course, Tarleton has since made his donation private although it's unclear if he is embarrassed because he was funding an attack on the document he swore to support, or if he is simply embarrassed because not only did his funded legal effort lose bigger than Dallas, but also because the attempt to violate my rights that Tarleton supported was instrumental in my decision to file a federal suit that got a state law knocked down for violating the Constitution. Either way, Dan Tarleton is just one of many who should have never been commissioned in the military due to a serious lack of character.

But Alaska Airlines pilot Dan Tarleton wasn't the only America-hater from my past to pop up. No, Brandon Bryant also stopped by and like Dan Tarleton also made connection with the fascist forces I was fighting and expressed joy at the prospect that I'd lose in court. I was pleased to let them both down on that score. It's amazing how many people are still smarting from words so true they convict them so deeply. That's a weakness that could be remedied by looking in a mirror but I suppose that's hoping for too much. Brandon Bryant wasn't happy and made several videos with some disturbing content including this one where he says he would be justified in going on a bloody killing spree.


What has been the most interesting about this whole affair is seeing how truly fascist values have taken people from various walks of life and thrust them together in their shared goal of silencing my speech and violating my rights with force. An Alaska Airline pilot veteran joins a mentally ill veteran who still lives with his mother, and they both join antifa operatives and their group (or bundle) also includes a convicted felon by the name of Tres Cozine who beat a girl with a bat after she left a heated argument and went to bed (click here to view the documents). Theodore Cozine struck her multiple times including in the head and sent her to the emergency room with injuries before being convicted for aggravated assault. Oh, the company we keep...


Mr. Cozine (more here) is joined by Daniel Tarleton in his hatred of my speech critical of Clarence Moriwaki (the public figure I beat in court who is good friends and a former staff member of Jay Inslee). All across the social spectrum from food stamps and homelessness to Alaska Airlines pilot to friend of a candidate for President of the United States, fascist values unite people despite wildly differing social circumstances. Lt Col Daniel Tarleton (ret) might wear a uniform in his public position above, but his hatred for America is as real and as dangerous as that of his intellectual fringe mate convicted for aggravated assault. Uniforms often hide fascists who seek such trappings to hide their characters. Whether wearing a suit or a uniform, fascists all share a thug mind. Some might simply look more refined than others but their actions and their associations make their true identities clear.

Anyway, just thought I'd post this update. Back to retired life. Fly safe and remember your oaths. Remember, we're paying you to support and defend our Constitution and we could use the help right about now. If it's not too much to ask.