This page exists as a warning to those considering a vacation stay at the Eagle Harbor Inn on our Bainbridge Island, located at 291 Madison Avenue S. It bills itself as a "petit hotel" but the smallest thing about the place is the character of its owner, Bonnie McBryan.

Bonnie McBryan is a notorious liar who lies about neighbors on our island and takes great pains to punish anybody with views she does not approve of. She is adept at feigning fear or offense at the drop of a hat, and using crybully tactics to organize mob efforts against those who differ from herself. She is vindictive and will complain to police with her fabrications of fear and threat in order to get government power used against those she disagrees with.

Bonnie McBryan friends include a convicted felon who beat his girlfriend with a bat after she disengaged from a heated argument, striking her multiple times including in the head, and sending her to the emergency room who was found by responding police hiding under blankets in the closet. McBryan socializes with several other unsavory characters on our island, and she likes the convicted felon woman abuser just the way he is.

Those who do not wish to fund the unethical fascist tendencies of Bonnie McBryan would be well served to avoid her Eagle Habor Inn. Just watch her antics below about a Bainbridge Island City Council member she had demonized for accurately telling her that she was a liar (which she then called further bullying and harassment). Note how she refuses to abide by the time requirements that all Islanders must abide by. In her mind, her voice and desires are more important than those of others, and she will do anything to demonstrate that fact. 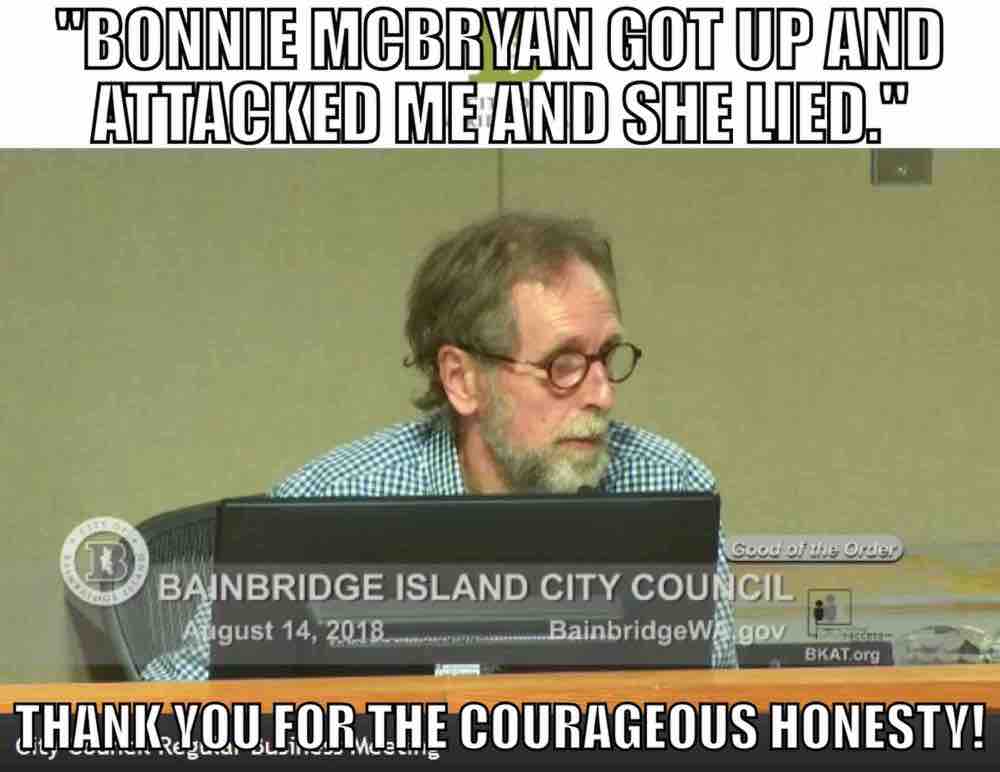 Please avoid the Eagle Habor Inn of Bainbridge Island. It is a silly place.